An in situ mesocosm experiment to simulate a “terrestrial input of extreme event” in coastal waters is carrying out from 03 May for several weeks in the frame of the French ANR national project entitled: Microbial responses to terrestrial dissolved organic matter (DOMt) input in freshwater and marine ecosystems in a changing environment (RESTORE, National Coordinator: Fabien Joux). The DOMt was prepared with the oak forest soil, characteristic of the region around MEDIMEER in the south of France, which was mixed with the freshwater of a river near the MEDIMEER installations and maturated during the two weeks before to be added to the mesocosms filled with the marine water. 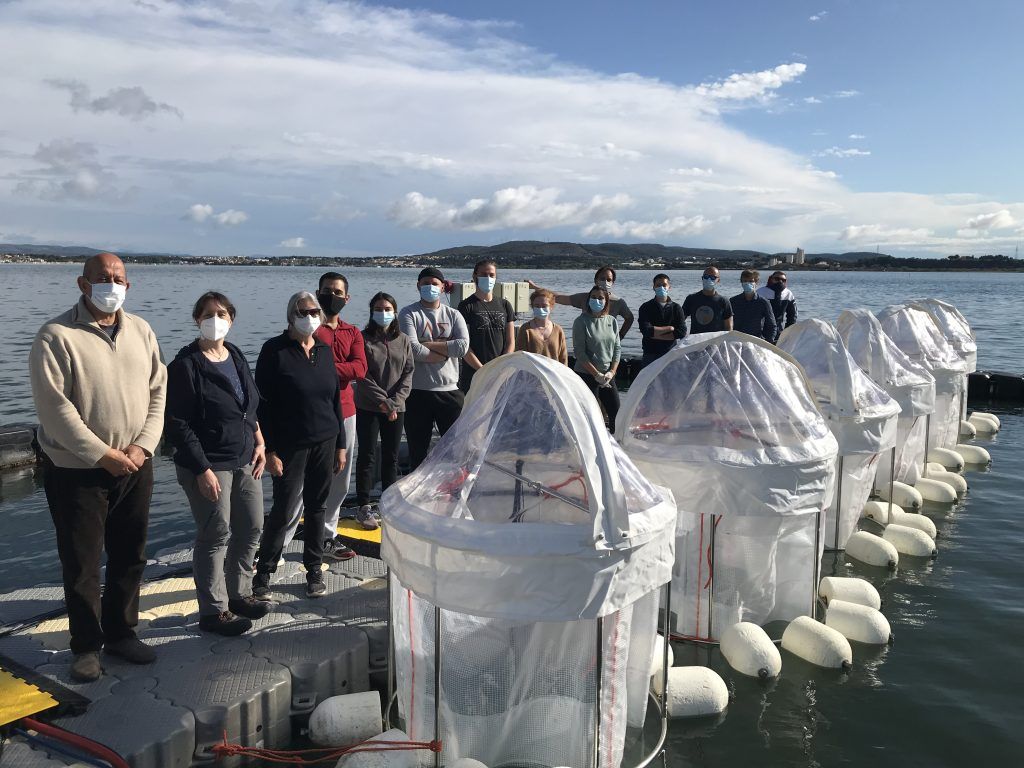 Dr. Carolina Cantoni (second from left) and other participants from MARBEC, MEDIMEER (OSU OREME) and LOMIC laboratories to the Marine RESTORE mesocosm experiment realising on MEDIMEER infrastructure at Sète (May 2021).

META-Analysis Workshop in May 2021 is Virtual and FREE