A Brownification experiment in Crete, Greece

In June 2021, an international mesocosm experiment (Codenamed “BrownMed”) took place at the CretaCosmos mesocosm facility of the Hellenic Centre for Marine Research in Crete, Greece.

The BrownMed experiment was part of the Joint Mesocosm Experiment (JOMEX) organised by the H2020 AQUACOSM project. In this experiment, the brownification of the various aquatic ecosystems was studied. And when we say various, we mean various! From lakes in Central Europe to estuaries and coastal marine systems in the Baltic and the Mediterranean Seas.

What is brownification you may ask.

What are those effects?

Well, this is what we are looking for!

And how we did it?

We used a common livestock feed, called HuminFeed, that is used in the farms of central Europe; it is full of DOC, inorganic nutrients and metals. This substance leaches to streams and rivers leading to lakes and also in the sea. So the idea was to add this HuminFeed inside the mesocosms and check how the whole microbial food web is affected. And since this substance can travel from freshwater to marine ecosystems, we did the very same experiment in many different mesocosm facilities around Europe in order to see the effects on various ecosystems, and by that to get the big picture of this phenomenon.

Whoever has visited Crete, a big island in the Eastern Mediterranean Sea, will have noticed that the sea is very transparent, almost colourless. This is because the Eastern Mediterranean Sea is one of the most oligotrophic marine systems of the planet, if not the most oligotrophic. However, there are times, especially in winter after heavy rainstorms, that brownification is formed in some very coastal areas. But still, this is almost nothing compared to the freshwater systems of Continental Europe and the North and Baltic Seas.

However, doing such an experiment in the Eastern Mediterranean Sea is very important for getting the “big picture” that we mentioned before. Since this sea is very poor in nutrients and DOC, by adding a massive amount of them, we can actually study what are the actual effects of this substance in the microbial food web. Therefore, Crete serves as a “Control” site for the JOMEX! Also, there are genuine ecological questions that can be answered, regarding the response of the microbes to such a pulse of “food” and, at the same time, to a reduction of the available light.

In order to answer those questions, the marine biologists in HCMR Crete, in collaboration with scientists from Italy, France, Denmark, Spain, Turkey and Netherlands applied many different assays. Cell counting (from viruses to copepods) and diversity (via metagenomics and phenotypic identification in the microscope), bacterial production, respiration, measurement of total, particulate and organic Carbon, inorganic nutrients, chlorophyll concentration, photosynthetic pigment analysis and so on. 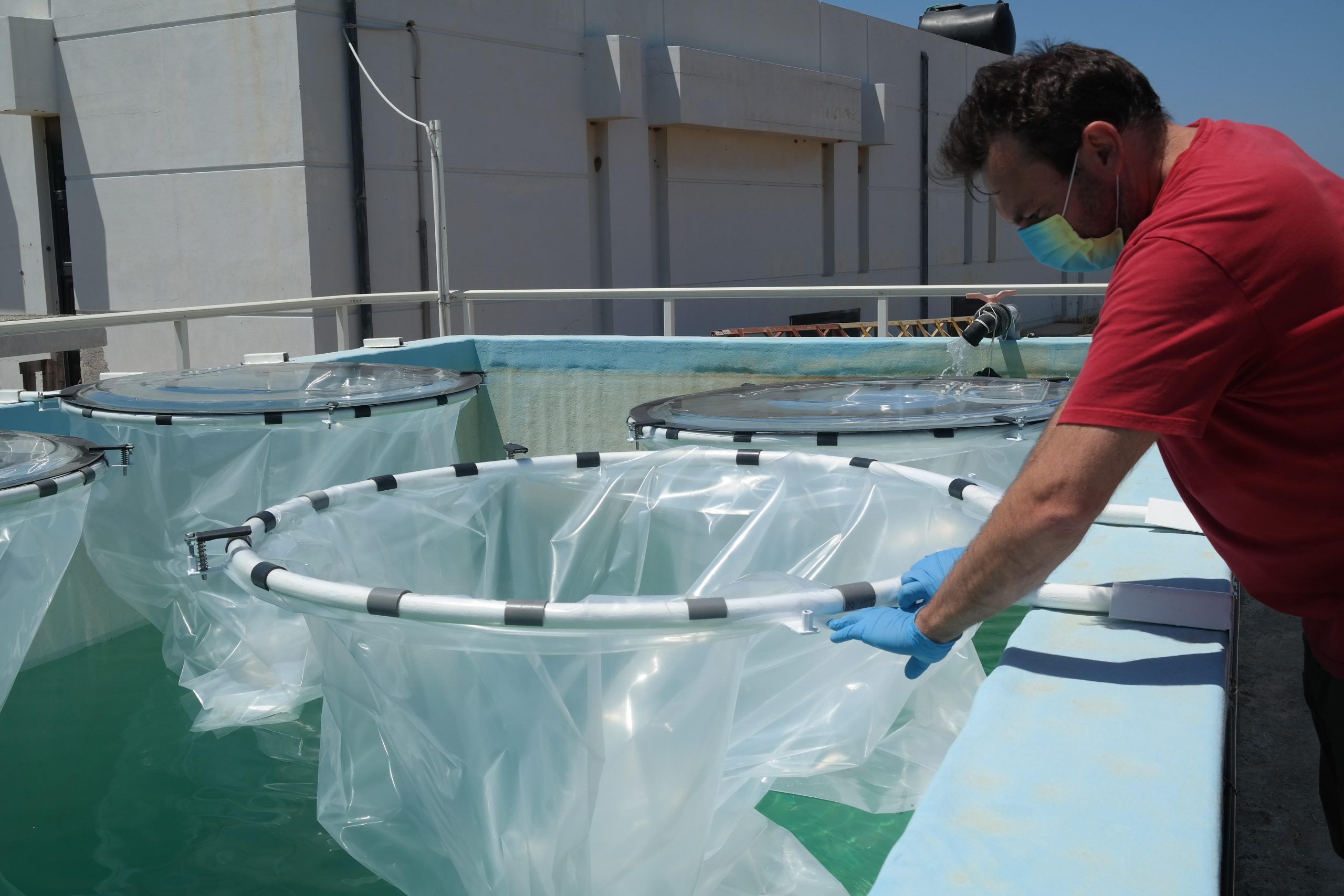 So, did we find anything interesting?

It seems that HuminFeed reduced light penetration (as someone could hypothesise by the term “brownification”) which affected negatively the strict autotrophic organisms (i.e. the organisms that need light to produce organic matter) such as cyanobacteria and diatoms. Also ciliates and copepods seem not to coup nicely with HuminFeed as their populations decreased significantly in numbers. On the other hand, bacteria were the happiest cells since they had enough organic and inorganic nutrients to consume. Also, dinoflagellates (which are known for their mixotrophic behaviour) seem to find a way to avoid this organic matter stressor.

And why is this important?

This data will help scientists of the AQUACOSM project to better evaluate the effects of episodic additions of DOC, nutrients and metals on the marine ecosystem. And also, since heavy rainstorms will become more and more common in the near future (“thanks” to Climate Change), scientists will try to get an idea of what may happen more and more often in the crystal-clear coastal waters of the Eastern Mediterranean. 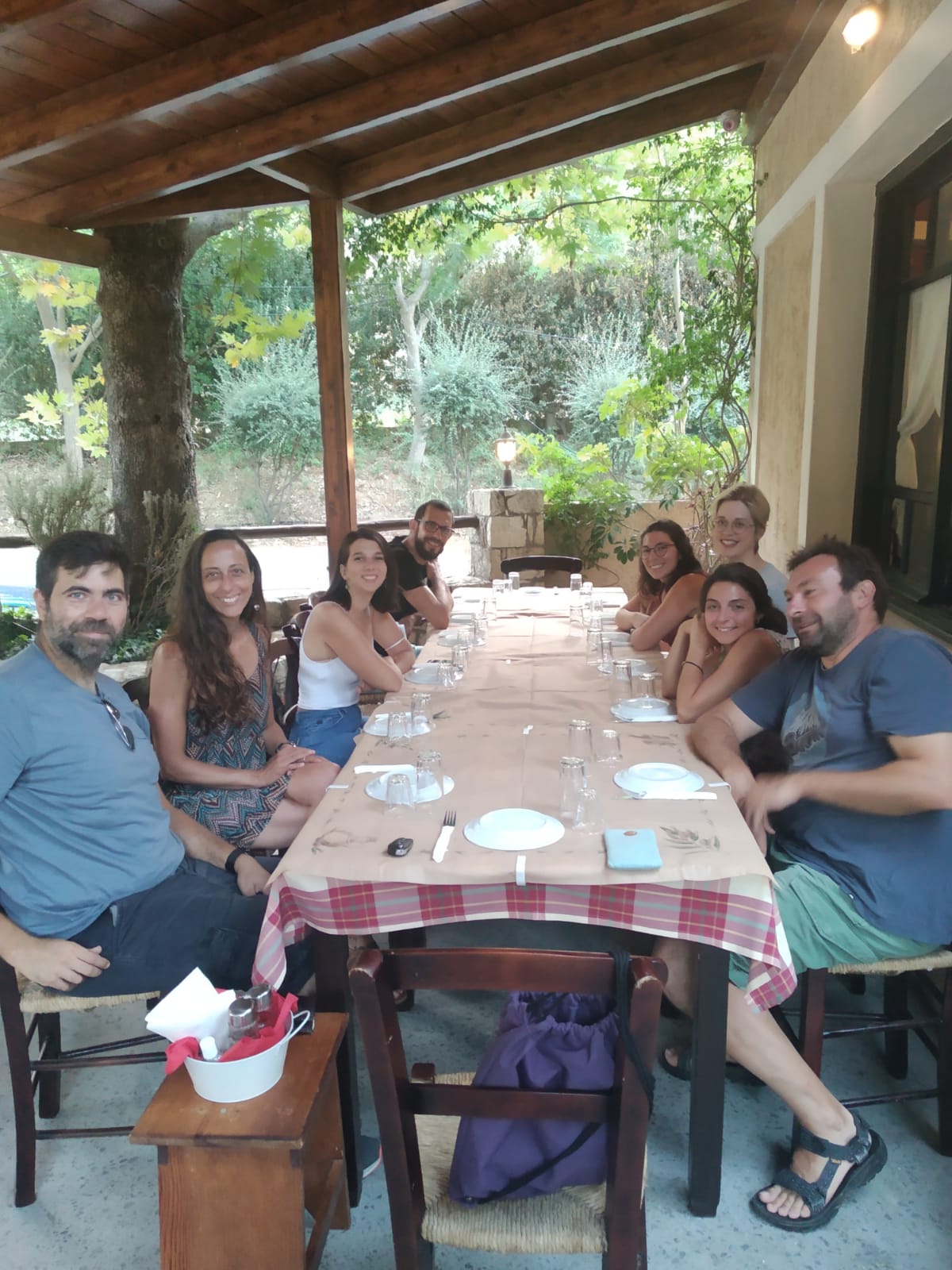