Many ecosystems, including lakes, are exposed to increasing intensities and frequencies of extreme weather events due to climate change, including heavier and flashier rainfalls and prolonged drought periods in summer. This results in more variable resource (nutrient and carbon) regimes that encompass stochastic to periodic fluctuations in environmental conditions, gradual environmental changes as well as pulse events, i.e. abrupt unpredictable changes in resources. How this affects plankton communities and ecosystem processes are currently still unclear.

The mesocosm experiments were conducted in two lakes in Sweden (Lake Erken and Lake Bolmen) in a fully synchronised way using the SITES AquaNet infrastructure. We used exactly the same set-up, sampling design and autonomous sensor system in mesocosms installed in both lakes. This gives the unique possibility to compare the treatment effect on a variety of different response variables (see below) between the two lakes, which differ, for example, in water colour and nutrient concentrations.

More specifically we focused on the effects of different run-off scenarios focusing particularly on differences in resource pulse variability (including organic and inorganic nutrients) over a time period of 6 weeks in the summer of 2022. This was done by manipulating the intensity and frequency of DOC (peat extract) and inorganic nutrients (N, P) added to the mesocosms while keeping the total amount of added DOC and nutrients constant. We ‘simulated’ a rainfall period lasting for 3 weeks, followed by a recovery period of approx. 2 weeks to see if the effects of the runoff manipulations persisted beyond the simulated rainfall period. Changes in zoo-, phyto-, and bacterioplankton composition and biomass/abundance, DOM composition, metabolism, greenhouse gas emissions, and nutrient stoichiometry in response to the different run-off treatments are analysed by the project participants.

Filling of mesocosm in lakes Bolmen (left) and cleaning of sensor system in Lake Erken (right). 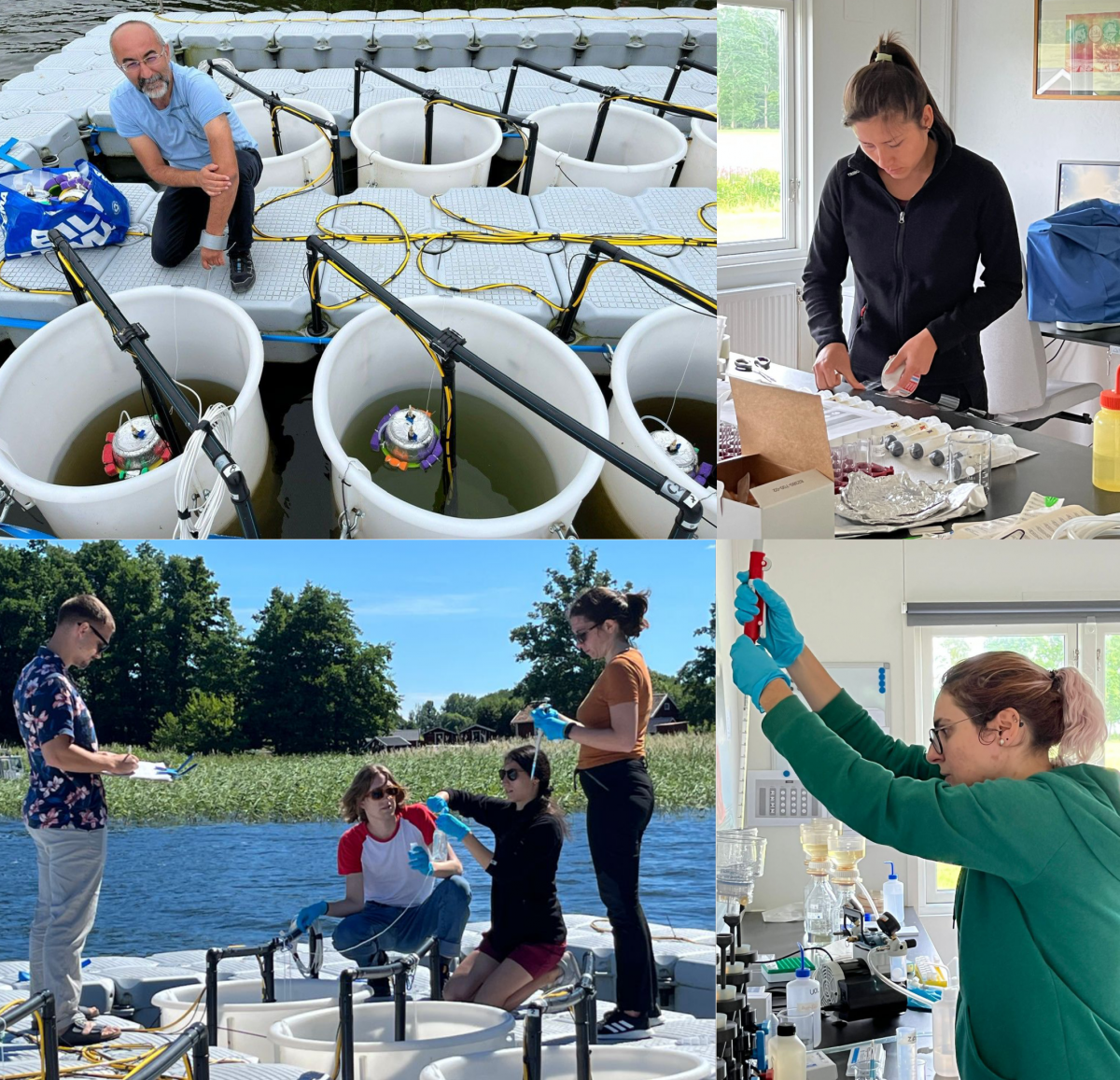 Flux chambers used to measure fluxes of greenhouse gases and volatile organic substances from the mesocosms (top left), sample preparation (top right) and filtrations (bottom left) in the lab and sampling of the mesocosms for grazing experiments (bottom right).

The experiment brought together an international team of experts and students from Spain, Turkey, Ireland, Hungary and the Czech Republic funded by the Transnational Access (TA) program of AQUACOSM-plus and participants from AQUACOSM-plus partners at IGB (Germany), Oldenburg University (Germany), and Uppsala University. Finally, researchers from Lund University (Sweden) also joined the project. 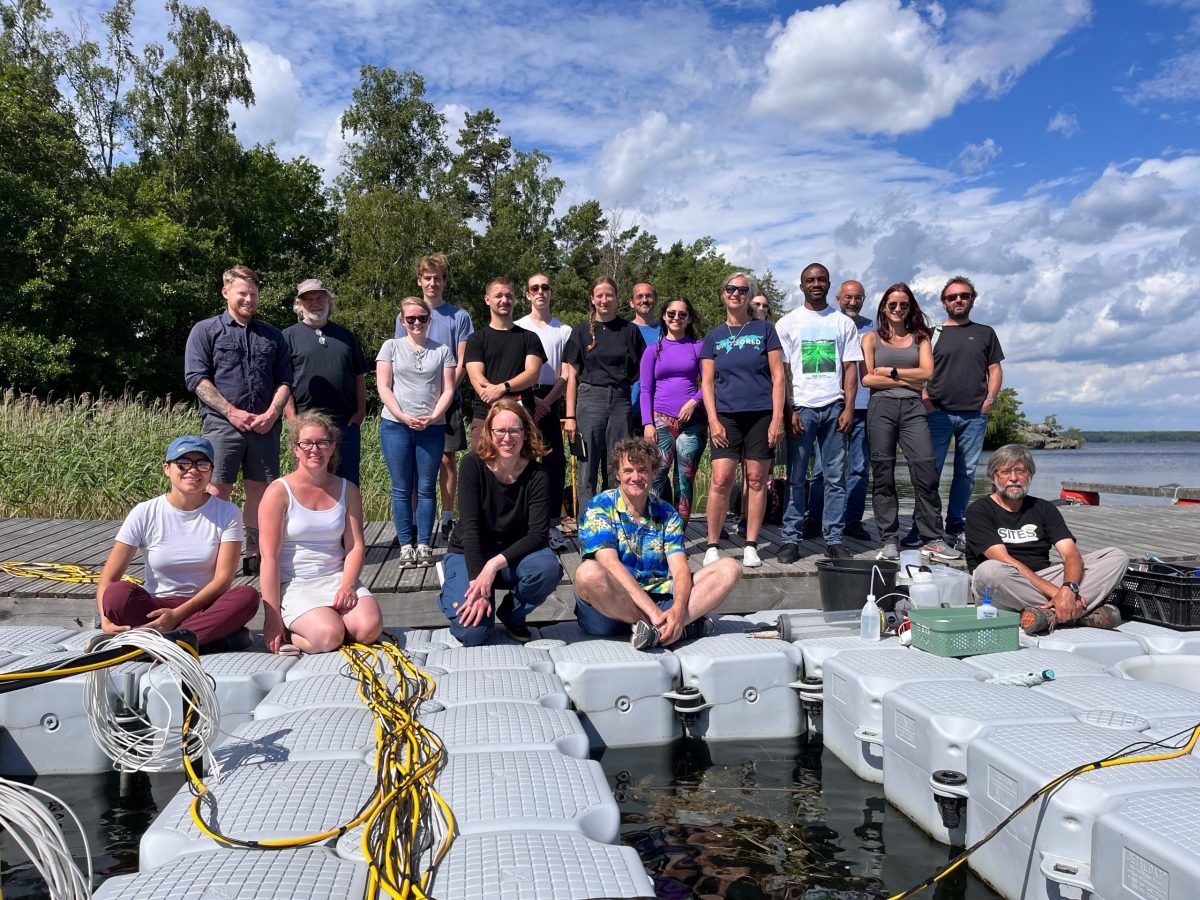