Fish and Oxygen-induced Alterations to the Migration of Zooplankton (FOAMZ)

Zooplankton influence ecosystem processes, including nutrient cycling and trophic transfer. They also commonly exhibit diel vertical migration (DVM), where they remain in the deeper, darker waters of the hypolimnion during the day to avoid visual predators, and then migrate to near-surface waters (epilimnion) at night to feed on phytoplankton under the cover of darkness. However, loss of oxygen in the hypolimnion can alter DVM and increase diel horizontal migration (DHM), where zooplankton use littoral zones to avoid visual predators and hypolimnetic hypoxia during the day and migrate to open water at night to feed on pelagic phytoplankton.

We had the privilege to work at “PLANAQUA” (PLAteforme expérimentale NAtionale en écologie AQUAtique) located at CEREEP-Ecotron IleDeFrance in Saint Pierre lès Nemours, France, in August 2021. PLANAQUA consists of 16 identical, human-made ponds that are 30 x 15 m, 3 m deep, and have a shallow vegetation zone on the long sides of the ponds. The ponds are arranged in a 2 x 2 factorial design with nutrients (added or not) and predator fish (added or removed) as experimental treatments, and provided an opportunity to test some of our ideas. We sampled the ponds during the day and at night to test whether daily zooplankton migration behaviour is a function of fish community composition and environmental conditions, and whether any observed differences in daily migration behaviour are related to zooplankton functional traits. We expected zooplankton DHM to be more prevalent than DVM under hypolimnetic hypoxic conditions, but behaviour to be mediated by fish community structure through trophic behavioural cascades (Fig 1). Ponds with piscivorous fish predators would enable zooplankton to occupy more open-water habitat because smaller, planktivorous fishes would seek shelter in littoral zones.

Figure 1. Schematic representation of the ponds under the 4 treatments: nutrients (added or not, rows) and fish (added or removed, columns). Arrows indicate diel horizontal or vertical migration. We expected DVM to be less prominent in the presence of piscivores (panel A) than in the absence of piscivores (panel B), and DHM to be more prominent under low oxygen conditions (panels C and D) than oxygenated conditions (panels A and B). Under low oxygen conditions, we expected DHM to be more prominent in the absence of piscivores (panel D) than in their presence (panel C).
Each pond was sampled day and night – four ponds for each 24 hour cycle – in early August 2021. We measured environmental conditions by taking vertical profiles of temperature, oxygen, chlorophyll a fluorescence, and other variables in the centre and sides of each lake. We also used a fluoroprobe to evaluate the relative abundances of different phytoplankton groups. We sampled the zooplankton and rotifer communities in the epilimnion and hypolimnion in the centre of the lake, in the epilimnion just outside the littoral zone, and inside the vegetation. The comprehensive sampling will allow us to estimate both vertical and horizontal migration in each pond, and assess movements according to taxonomic and functional groups as related to fish community structure and environmental conditions based on the pond experimental treatments. We are now processing the zooplankton and rotifer samples. We have a team of undergraduate and graduate students working in our microscope laboratory at the Rubenstein Ecosystem Science Laboratory (University of Vermont, Burlington, VT, USA). In each sample, at least 200 individuals are identified to establish the community composition for the pond at the specific pond location (4 potential locations) and time of the day (2 options, day and night). In parallel, the team meets regularly via zoom to discuss project progress and next steps. We expect our results will point to future research that explores the consequences of the changes we observe for emergent ecosystem properties. Our FOAMZ team, in the field and in the lab, includes trainees Antoine Rousseau and Jeanne Bosson, Heather Wander (Virginia Tech), Anna Schmidt (University of Vermont), Gérard Lacroix (PLANAQUA), Sadye Goldfarb (University of Vermont), Sarah Fiorini (PLANAQUA), Jon Doubek (Lake Superior State University), Rosie Chapina (University of Vermont), Rosalie Bruel (iEEES, Paris), and Jason Stockwell (team leader, University of Vermont).

Undergraduates that have processed samples and current students include: 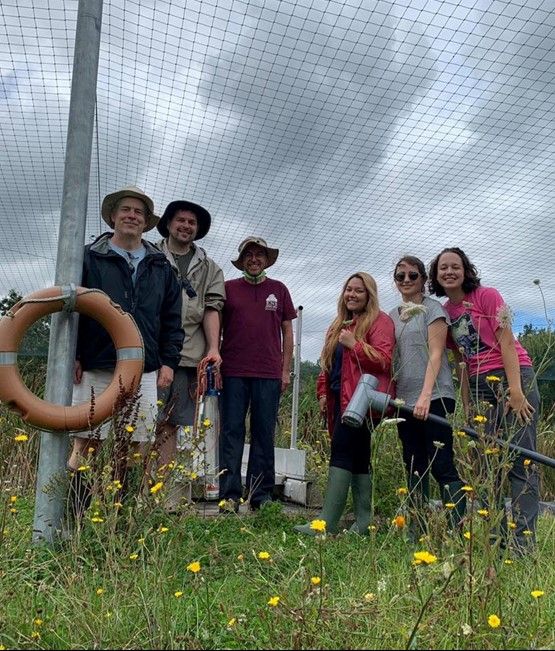 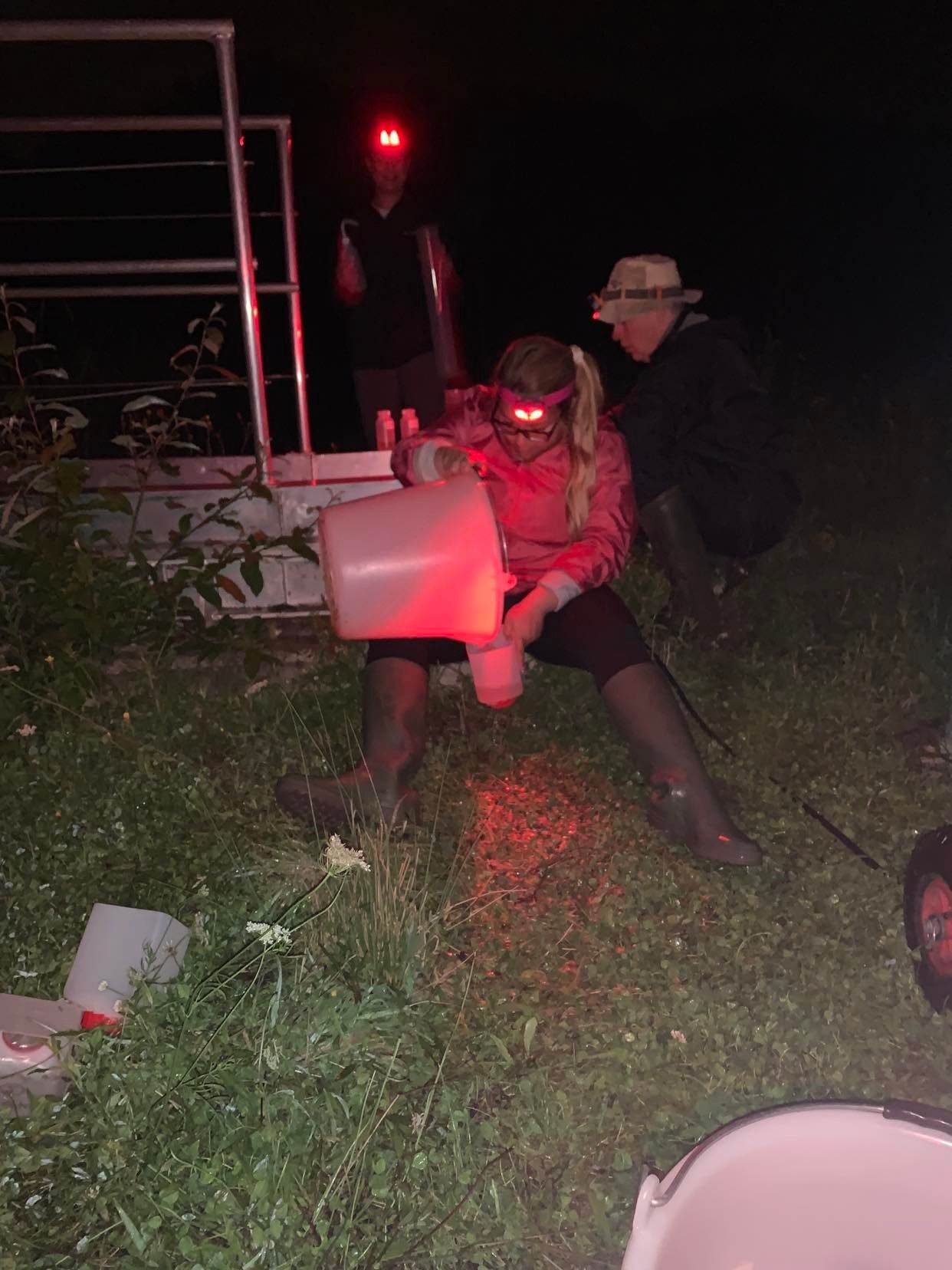 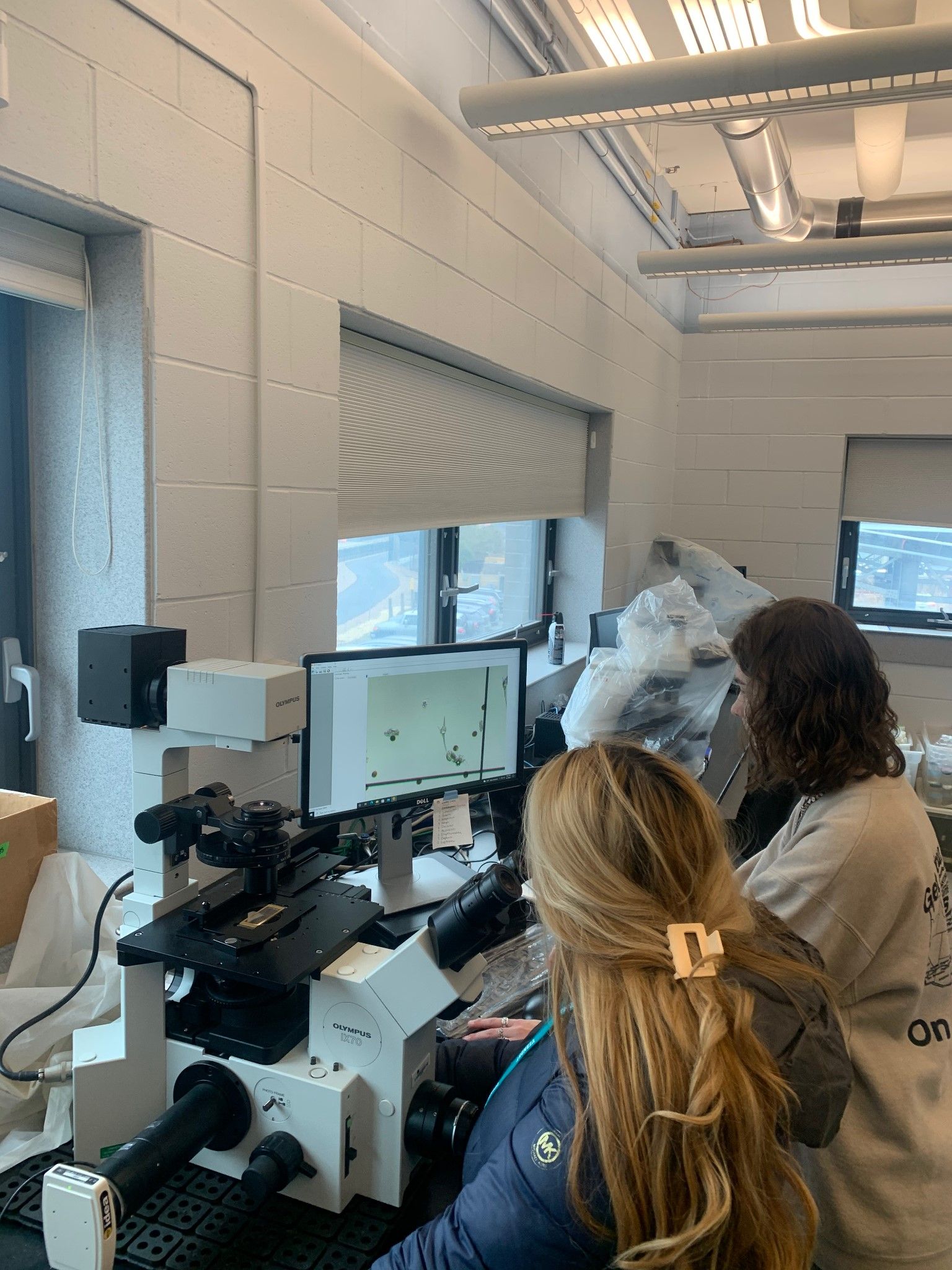